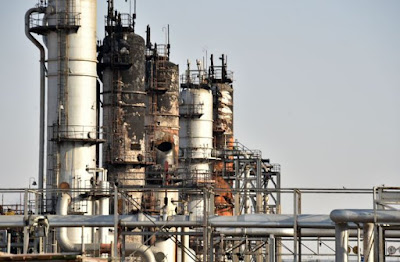 Tensions in the Middle East have surged following attacks on two major oil facilities in Saudi Arabia. The pre-dawn attacks on September 14 knocked out more than half of the top global exporter's output - five percent of the global oil supply - or about 5.7 million barrels per day.
Yemen's Houthi rebels claimed responsibility but US Secretary of State Mike Pompeo swiftly accused Iran, which rejected the allegations. Saudi Arabia, meanwhile, promised to "confront and deal with this terrorist agggression", while US President Donald Trump hinted at possible military action.
Turkish President Recep Tayyip Erdogan vowed Ankara would continue to purchase oil and natural gas from Iran despite US sanctions.
Saudi Foreign Minister Ibrahim al-Assaf, called on the UN and the world to apply "utmost pressure with every tool available" to end what he said was Iran's aggressive conduct. At UNGA on Thursday, the foreign minister again blamed Iran for the September 14 missile and drone attack on Saudi Arabia's oil facilities and said the best way to control Tehran was by cutting off its financial resources.
Al Jazeera's Rosiland Jordan noted that when a country was looking for international support after such an attack it would normally call for an emergency meeting of the Security Council. "There's been no such request from the Saudi government,'' he said.

Read more »
Posted by Abu Pessoptimist at 12:20 PM No comments: 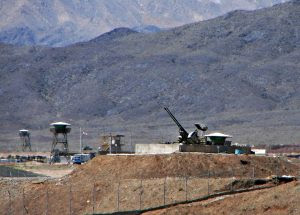 Iran has begun injecting gas into advanced centrifuges to increase its stockpile of enriched uranium, an official has announced, warning that time is running out for other signatories to save a multilateral 2015 nuclear deal.
In the meantime negotiations are still underway between France and Iran about a loan of some $ 15 billion, in order to truy to svae the nuclear deal (see below)

Behrouz Kamalvandi, spokesman for Iran's Atomic Energy Organisation, said on Saturday the agency had started up advanced centrifuges at Iran's enrichment facility in Natanz as the third step by Tehran in scaling back its commitments under the crumbling pact following the United States' unilateral withdrawal last year.
"We have started lifting limitations on our research and development imposed by the deal ... it will include development of more rapid and advanced centrifuges," Kamalvandi said.
"The capacity of these machines is many times more than the previous machines. This started as of yesterday (Friday)," he continued, adding that "all these steps are reversible if the other side fulfils its promises".
In two separate moves already, Iran reduced its commitments outlined in the crumbling deal and vowed further measures unless the European signatories of the pact did more to shield Tehran's economy.

Read more »
Posted by Abu Pessoptimist at 2:42 PM No comments: