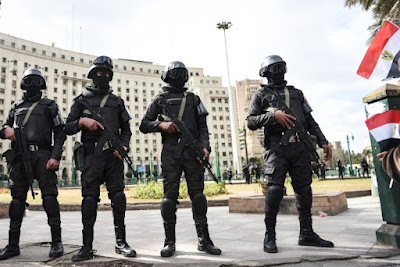 The 101-page report, “‘Security Forces Dealt with Them’: Suspicious Killings and Extrajudicial Executions by Egyptian Security Forces,” found that the alleged armed militants killed in the so-called shootouts did not pose an imminent danger to security forces or others when they were killed and in many cases had already been in custody. Egypt’s international partners should halt weapons transfers to Egypt and impose sanctions against the security agencies and officials most responsible for ongoing abuses.

Human Rights Watch found that the Interior Ministry announced the deaths of at least 755 people in 143 alleged shootouts between January 2015 and December 2020, with only one suspect arrested. The ministry statements identified only 141 of those killed and used copy-paste language, providing very little detail.

Almost all the statements claimed that the alleged militants opened fire first, compelling security forces to return fire. The authorities alleged that all those killed were sought for “terrorism” and that most belonged to the Muslim Brotherhood. The group has faced the harshest repression in the nationwide crackdown on dissent since the July 2013 military coup led by now-President Abdel Fattah al-Sisi.

Families and acquaintances of the 14 men said the victims had been arrested, most likely by the National Security Agency, and were in custody before they were reported killed. Eight of the families said they or friends or acquaintances witnessed their arrest. Thirteen said their relatives had been forcibly disappeared and that they had officially inquired about their whereabouts before their killing. Members of eight families said they saw what they believed were signs of abuse on the bodies of their killed relatives, including burns, cuts, broken bones, or dislocated teeth.

All the families said national security officers intimidated and harassed them when they tried to locate the body and seven said security forces forced them to bury their relatives without any funeral or service. All but one said they had to actively seek information about the death and the location of the body. One man’s family was only able to collect his body after two months, and families of two others killed in December 2018 have still not been able to collect their bodies.

Posted by Abu Pessoptimist at 10:05 PM