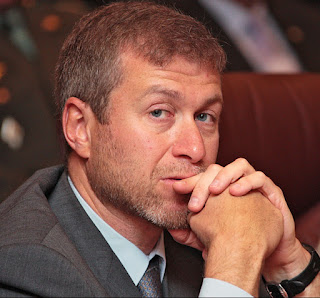 Bank documents indicate that companies associated with or controlled by the Israeli-Russian billionaire businessman Roman Abramovich have contributed nearly 350 million shekels ($102 million) to the Elad organization, which works to strengthen the Jewish presence in East Jerusalem and ethnically cleanse the city. The disclosure links the Russian-born oligarch to four companies that are registered in the British Virgin Islands and over which up to now, it was not known who was behind them.
The documents, which were submitted to Congress as part of an investigation of alleged Russian involvement in the 2016 presidential elections in the United States, were leaked to the BuzzFeed website, which shared them with the International Consortium of Investigative Journalists. Through that organization, they were shared with 400 journalists from 108 media outlets worldwide. This writer (Uri Blau) and the Shomrim Center for Media and Democracy are the Israeli members of the International Consortium of Investigative Journalists.

Although Elad itself and the donations that were transferred to it were not mentioned at all in the documents, efforts to track those involved led to the Israeli nonprofit. In recent years, Elad, which is also known as the Ir David Foundation, has branded itself as dealing primarily with education and tourism and less with increasing the Jewish presence in East Jerusalem.

As a whole, Elad is one of Israel’s largest and wealthiest nonprofit organizations and has assets of huge proportions. For the year 2018, the most recent year for which reports have been submitted to Israel's registrar of nonprofit organizations, Elad had an estimated turnover of roughly 116 million shekels. In its reporting for that year to the registrar of nonprofits, Elad listed real estate holdings valued at nearly a quarter of a billion shekels, of which approximately 140 million shekels related to its residential real estate for Jewish residents.

One of the four is a company called Farleigh, from which Elad received almost 176 million shekels. Another firm named Leiston gave Elad just under 94 million shekels. A company named Ovington gave about 65 million shekels and Cantley, the fourth firm, contributed roughly 13 million shekels. The four companies, registered in the pastoral Virgin Islands on the same day in 2003 and at the same address, collectively contributed a total of 348,422,122 shekels, amounting to about half of Elad’s total contributions for those years. In 2007, they transferred about 90 percent of the donations that Elad received that year, and for the year, most of the contributions were reported as going to “various development and residential projects in the City of David.”

The four companies that contributed to Elad are mentioned in the report submitted to the U.S. Treasury Department by the American branch of Deutsche Bank. The documents state that Roman Abramovich is the ultimate beneficial owner of three of the companies (Farleigh, Cantley and Ovington). The document doesn’t state who the ultimate beneficial owner of Leiston is, but it says that according to a number of sources (the bank is apparently referring to media outlets), Leiston is an investment company that holds a number of contracts with soccer players and is under the control of an associate of Abramovich.The Russian-born Abramovich, who is known mainly for his ownership of the British soccer team Chelsea, became an Israeli citizen in 2018. He has a fortune estimated at between $12 billion and $13 billion and in recent years has purchased several luxury properties in Israel.

The huge contributions to Elad that have been made by companies linked to Abramovich have assisted in changing the reality on the ground in one of the most explosive locations in the world. For example, when the contributions began to flow in from the Virgin Islands, Elad had already brought about 190 Jewish residents to Silwan and the City of David National Park, which it runs, received about 150,000 visitors a year. Fifteen years and about $100 million dollars later, the number of Jewish residents had nearly doubled and the number of visitors to Elad’s various sites  surpassed the 500,000 mark.

Posted by Abu Pessoptimist at 11:14 AM