Jane Corbin, the impartiality of a BBC diva

Israeli diplomatic missions seem to have sent copies to their relations around August 18. I myself received one from one of my Israeli contacts: the documentary of BBC's Panorama about the attack on the Gaza Flotilla on 31 May. The film, 'Death on the Med' was made by Jane Corbin and I wonder how many people could have been pleased by it, apart from, obviously, the Israeli government and their friends.
Corbin, I have to tell, was never my favorite BBC journalist. In 1993 (or was it '94?) I got to review her book on the Oslo negotiations, called 'Gaza First'. The book was absolutely unbeatable in one respect. Iit gave an impeccable (or so it looked) account of what the negotiaters got fo diner during all those hectic days in that villa outside Oslo. She would write that this or tht days was concluded with a diner of salmon with cream sauce, baked potates and a cucumber slad, with strawberries for dessert.
As far as the less mundaine business of political wrangling was concerned, she was totally at the side of the Israelis. Her lack of impartiiality was in fact only matched by her unshakable belief in her own judgment.When I read at some points that the Palestnians seemed to be giving away valuable negotiating positions that were backed by internationally recognized resolutins and documents, Corbin remarked that at last they seemed to become 'a bit reasonable'. When on the contrary the Palestinians were holding on to points like the divison of Jerusalem, she called them 'stubborn' or even 'out ogf touch with reality'..
And here she was again. With a documentary about what happened aboard the Mavi Marmara, the flagship of the Freedom Flotilla, where on the 31st May a fight took place in which nine people got killed. Corbin could make use for her story  of material that the Israelis confiscated from the people aboard and never gave back, apparently with the intention to use it some time as a kind of testimonials against the participants of the Flotilla. Or even better, to have it used as such by a trustworthy third party.  Apparently where most other journalists would heve refused the honor, Corbin acceptd and appeared to be such a party.
Her film turned out to be a quest to find out whether the Gaza Flotilla people were genuinly trying to do something for Gaza, or had in fact other, less honorable things in mind. And yes, at the end of her documentary she turns towards the camera and gives us her verdict. With a stern look she tells us in a fir voice that 'this was not an attempt to bring aid to Gaza, this was a political move to put pressure on Israel and the internationale community'.
Oh really? Was it?
I thought nobody told ever otherwise. The Turkish IHH and the other organizers of this Freedom Flotilla were absolutely intent on delevering much needed medicine and other goods, but their main, declared goal had always been to put pressure on, and draw the attention of the international community to, the inhumane blockade of Gaza in order to have it lifted. I thought everybody would have known, but apparently Ms Corbin didn't. For her it was quite a discovery, and to that one that in her eyes seemed to degrade the whole Flotilla enterprise to the level of an ordinary political stunt ( - or maybe even an exercise in Israel bashing). At any rate it was clear that she strongly disapproved of it. To judge from the way she reached some remarkable conclusiin , after 20 minutes of  bad, uncomplete and biased journalism.
A few examples: 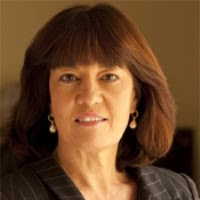 She refers to the Turkish charity IHH as an organisation which is suspected by many government of having links to  terror organisations. In fact not any government says that -  apart from Israel of course.
She interviews Giora Eiland, the main Israeli military investigator of the Flotilla episode, and gives him ample room to declare that there is proof  that  the activists at the Mavi Marmara had fire arms and did use them. But she does not ask him why there was not one of these fire arm found, even though the Israelis assembled almost all kitchen utensils and repair kits aboard to show how well armed the Mavi Marmara people were. Neither does she ask him why no Israeli soldier was wounded by gunshots, or why the Israeli's painted over and removed the traces on the Mavi Marmara before they returned the boat. Nor asked she any questions about the autopsies of several of the Turkish victims, which showed that most had been killed by more than one shot from close range and from different angles (and why one Turk, who was armed with nothing bjut a camera, was killed by a single shot - also at very close range - in his forehead).

Throughout the film Corbin constantly keeps asking the question what the real motives of the people aboard the Mavi Marmara were. And to illustrate the possibility that some may have had less noble goals, she uses, among other things,  a tape of the conversation between the Israeli command center and the ships. On this tape one can clearly hear phrases like 'Go back to Auschwitz', supposedly uttered by the men on the ships. But wait...., wasn't this a tape that had been doctored by the Israeli army spokesman's office? As the Israeli's themselves had to admit after the blogosphere proved it? Didn't Corbin know? Oh yes, she did. Iin the film she mentions that there was a controverse around it. Yet, she uses it,  falsification or not.
Amazing, eh? One really wonders how a person like herself could survive so long at the BBC, in an atmosphere were impartiality and an investigative kind of journalism are so much more the standard than her own way of doing things. Could it be that Corbin is kept as a kind of counterweight, so that the BBC vis a vis Israel creates a window of possiblity to occasionally tell the truth? Or has it more to do with the fact that she is married to the  conservative MP John Maples (since 2010 member of the House of Lords), who was quite influential in the party and has long held the position of president of the Conservative Friends of Israel?

Posted by Abu Pessoptimist at 7:16 PM